Teaching From the Newark Earthworks

Teaching From the Newark Earthworks

Mary Borgia grew up in Newark, Ohio and now is a 4th grade teacher at Miller Elementary School in Newark. Mary and fellow 4th grade teacher Linda Woolard, inspired by retired teacher Bill Hughes, helped their students to propose the state legislation that made the Newark Earthworks Ohio’s official state prehistoric monument (see the 22 June 2006 Blog entry). Later, on a Fulbright Fellowship, Mary went to Salisbury, England to teach in the shadow of Stonehenge. She brings a passion for the past to her teaching and has lots of ideas for how teachers and students can make connections with their heritage – even if you don’t happen to live in Newark or Salisbury! In this and future blogs, I want to share some of Mary’s ideas with you. 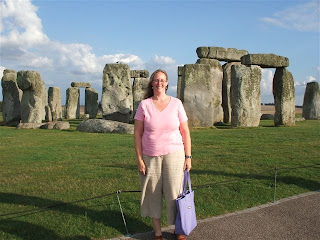 Q: What was it like to grow up around the Newark Earthworks?

Mary: Well, my brother always joked that everything bad that ever happened to him was due to the fact that he was from a town where people played golf on sacred American Indian burial mounds. We attended Newark Schools, and we were incorrectly taught that all of the mounds were burial mounds. We were not taught to distinguish earthworks from mounds, and were not enlightened as to the mysteries of the Newark Earthworks. I had no idea of their scale, and I was never given a proper tour of the site. I dont remember learning anything about the Hopewell Culture. There is a great deal of new information, thanks to research carried out by you and others, but I still feel that we were not taught enough about these wonders in our midst. I guess Im on a mission to make sure the kids I teach understand how lucky we are to live within the labyrinth of the Newark Earthworks.

Q: The achievement of getting the Newark Earthworks recognized as Ohio’s official prehistoric monument is amazing (see the 22 June 2006 Blog entry)! What do you think that meant for the students who were part of that effort?

Mary: We had over seventy students involved in the project, and it was interesting to see the role each of them chose to play. Ms. Woolard and I joked that you could already see some who were budding archaeologists, some who might be future politicians and some who could become community activists. I do know that most of them came away with a well-deserved sense of pride for what they were able to accomplish. I also think they have a better understanding of how a bill becomes a law than most adults will ever have!

Some of the students continue to work with me through the Newark Earthworks Club we have at Miller, and they are still deeply involved in Earthworks projects. Ive heard students discuss what it would be like to work at the State House, and I want to help them pursue internship opportunities when theyre older. I recently heard from a student who wanted to try to pass laws to provide better services for the mentally ill. Weve taught them that they can change the world, and weve given them the confidence to do so. Watch out for the Newark High Class of 2014!

Q: When you taught at Salisbury, did the kids, and their parents, seem to have any special connection to Stonehenge?

Mary: Well, they do now! However, when I first arrived in Salisbury most of my students and their parents seemed surprised by my interest in those old stones on the A30. We took a field trip to Stonehenge, and many students said it was the first time theyd ever seen them! (If youve ever experience driving on a roundabout in England, youll understand why many Brits dont like to venture far from home). Some students had driven by them but had never stopped. I suppose faraway places seem more magical and mysterious to us than the places close to home. It’s a worldwide problem.

Just like in Newark, however, you have your group of academics and community members who are completely crazy about the site! I was lucky enough to join University of East London professor Lionel Sims on a tour of Stonehenge and Avebury. He has written a new paper that we should talk about in a later blog!

Q: The Newark Earthworks are now being considered for the United Nations’ World Heritage List. What kinds of opportunities will that designation bring for educating your students and the broader public about Ohio’s ancient heritage?

Mary: I love everything UNESCO stands for. They really promote equal educational opportunities for all citizens of the world. If any of your readers are unfamiliar with “the list” of World Heritage sites, they can look it over at http://whc.unesco.org/en/list. We would be in some GREAT company! I think the publicity and prestige that comes with being recognized as a World Heritage Site would be a big boost in our efforts to get the Newark Earthworks recognized by a wider audience. Last year at this time I was living in England, and as I met people and talked about the Newark Earthworks many of them asked if we were a World Heritage site. There seems to be a great deal of prestige associated with that designation, and I can only assume that it would increase tourism and enable us to teach more people about our wonderful earthworks and the fascinating people who built them.

It also seems that UNESCO is working on some standards for public interpretation of their World Heritage sites. It might be interesting to see what they suggest for Newark and the other Hopewell Culture sites. I know that there are many of us who would like to provide visitors with a better experience when they visit the Newark Earthworks. I think sites like Stonehenge catch people immediately because you can grasp some idea of it in an instant, due to the relatively small size of the main stone structure. (Upon further study, however, you find that it is clearly part of a massive infrastructure). The Newark Earthworks are beautiful to the eye, but because of the enormity of the site a casual visit does not give one a clear picture of the amazing qualities in its design. T he more I learn, the more in awe I become. Maybe the United Nations’ World Heritage designation will give us the incentive to improve the interpretive experience at the Newark Earthworks.

Q: What advice do you have for teachers who don’t have the advantage of teaching in a place like Newark? How can they give their students the same kind of connection to the past that seems so easy and natural for you?

Mary: I had an amazing experience in June, when I was asked to travel to Washington D.C. to present my Fulbright research to this years Fulbright teachers. My British exchange partner and I are working on a plan to connect the Newark Earthworks and Stonehenge as sister sites. (More on that later!). As part of my presentation, I showed the extensive list of the UNESCO World Heritage Sites. I also showed lists of National Parks in America, and equivalents in other countries. There were teachers there from many different countries, and after my presentation many of them were in the computer room looking up historic sites near their home and in their exchange countries. I often use that phrase, The Wonder in Your Backyard, because it really is true. Our planet is covered with these priceless, awe-inspiring historical sites. With a little research you can find a site near you. In Ohio, a great resource would be the Ohio Archaeological Inventory. Theres a great picture in the book Ohio Archaeology: an illustrated chronicle of Ohio’s ancient American Indian cultures showing the plethora of sites right here in Ohio.

Once you find the site, I think the next step is to put it into context for the students. I was incredibly lucky to walk into a classroom where Bill Hughes had left such rich information on the prehistoric peoples of Ohio. I think if you can tell the history of the site from the beginning, you can hook the students. You need to get them involved in the stories of the lives of the people who lived back then. In our case, we began with studying Ohio at the end of the last Ice Age, and discussed the progression of prehistoric cultures in Ohio. The students enjoy discussing how these early Ohioans adapted and invented new ways of doing things. I would say your local Historical Society could be helpful in getting you some artifacts and materials to accompany your studies.

Also, history is full of exciting stories. I integrate Social Studies with Language Arts all of the time. If we’re learning all of these facts about the past, we might as well incorporate our work into meeting the Ohio Academic Content Standards for Language Arts: research, writing informational text, etc. 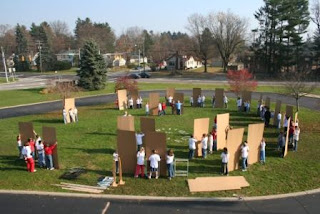