START THE REVOLUTION WITHOUT ME!

START THE REVOLUTION WITHOUT ME! 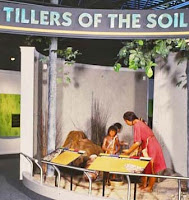 The introduction of agriculture generally is considered to mark the beginning of the Neolithic Revolution. In unilinear models of cultural evolution it represents the spark that ignites a cascade of cultural transformations from sedentary villages with increasingly hierarchical social organizations to cities, states and eventually empires. None of this social complexity was possible without the security provided by intensive food production.

An article in the July issue of American Antiquity, however, calls into question the inevitability of this sequence. Christopher Watts, archaeologist with the Royal Ontario Museum, along with Christine White and Fred Longstaffe of the University of Western Ontario, present the results of their analysis of human remains from the Krieger site in southwestern Ontario. I summarize the paper in my September column in the Columbus Dispatch, but offer here a few supplemental observations. 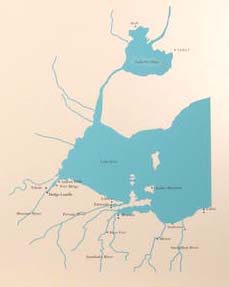 The Krieger site was occupied by people of the Western Basin Tradition. This archaeologically defined culture lived along the western margins of Lake Erie, including northwestern Ohio, eastern Michigan, and southwestern Ontario, from AD 900 to 1600.

Basically, what Watts, White and Longstaffe found, was a surprising disjunction between what the archaeological record appeared to indicate about the diet of the Western Basin people and what the bones of those people revealed.

The archaeological record indicated that the Western Basin people were hunters and gatherers that lived in small groups with no large, permanent villages. The new analyses of the carbon, nitrogen and oxygen isotopes present in the bones of the people showed that they were eating a lot of maize.

This came as a surprise because when cultures shift from hunting and gathering to farming, there is supposed to be a series of other changes that go along with that change in subsistence like a line of falling dominoes. One of my former professors said that the decision to abandon the mobile life of a hunter-gatherer to become a farmer was the opening of a Pandora’s Box of unfortunate consequences for humanity. Among them were unbalanced nutrition, resulting in such novelties as decreased stature and an increased frequency of cavities and abscesses, increased susceptibility to disease, increasing social inequality and especially gender inequality, an increased frequency of warfare and a general deterioration of the environment due to over-exploitation of resources in the more confined territories of farming communities.

The Neolithic Revolution wouldn’t have been so revolutionary if people had just planted their crops and gone on following the same old ways of life as before. But it appears that this is exactly what the Western Basin Tradition folks did.

So, just maybe, the Neolithic Revolution wasn’t an inevitable result of the inexorable processes of social evolution. People could make choices as to how they would respond to technological innovations such as agriculture.

Surprises like this, that appear to violate longstanding assumptions about the way the world works, are wonderful, because they demonstrate that, in spite of our various cultural and personal biases, we actually can learn new things.

Another important lesson of this research is the demonstration of the potentially enormous value of curating ancient human remains in museums where they can be studied with the latest scientific methods. We always are developing new techniques for learning about the past and, as this analysis of the Krieger site people shows, we can learn things from human remains that we couldn’t find out in any other way.

Here is a link to my Columbus Dispatch column:
http://www.dispatch.com/content/stories/science/2011/10/09/agricultures-role-in-our-societies-not-so-simple.html

Here’s the reference for the original scientific article on which the column is based: