SECRETS OF THE MOOREHEAD CIRCLE

SECRETS OF THE MOOREHEAD CIRCLE 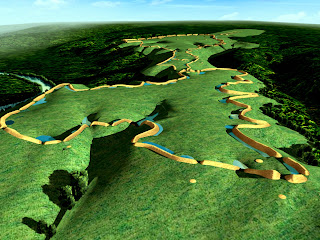 The 2011 season of the Wright State University Archaeology Field School at the Fort Ancient Earthworks winds down this week and the revelations continue to be astounding. More so than for any other excavation I have been involved with (and in this case my involvement has been peripheral), each new excavation unit yields more questions than answers. Dr. Robert Riordan believes that, for much of the Hopewellian occupation of the Fort Ancient site, the Moorehead Circle was the beating heart of this monumental hilltop enclosure — in spite of that fact this location within the Fort Ancient Earthworks was not marked with a great mound and, indeed, was so nondescript as to entirely elude notice by the generations of archaeologists that studied the site. It was only discovered by a remote sensing survey in 2005. 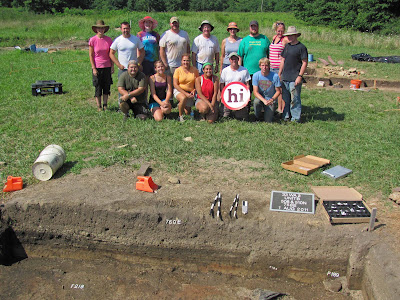 The effort involved in the construction of the complex of structures that we now know made up this nexus of ceremony was extraordinary. At a minimum, the Hopewell builders dug, with simple tools into soil that challenges the shovels and trowels of the modern archaeologists, hundreds of deep post holes, they cut and trimmed hundreds of large trees with stone axes to build the woodhenges and other timber structures, and they hauled tons of limestone cobbles for pavements and chinking stones for postholes up the 270 feet of steep bluff face from the Little Miami River. And the evidence for all of this only has been uncovered and studied over the past handful of years.

In another decade, I predict these discoveries will have transformed our understanding not only of the Fort Ancient site, but also perhaps of the broader ceremonial lives of the people of the Hopewell culture. It is exciting to see the evidence as it emerges from the ground, but the excavations are only the beginning of the process. It will be from the tedious hours of lab work and analysis that the answers to some of those burgeoning questions begin to crystallize.