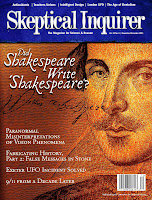 The November/December 2011 issue of The Skeptical Inquirer includes the second part of a three part series of articles evaluating claims made in the documentary The Lost Civilizations of North America. The articles are written jointly by Kenneth L. Feder (Central Connecticut State University), Terry A. Barnhart (Eastern Illinois University), Deborah Bolnick (University of Texas, Austin) and me. In this article, my co-authors and I refute the alleged archaeological evidence for ancient Old World civilizations in America: “The artifacts given the most screen time in the documentary are the so-called Newark ‘Holy Stones.’ In fact, the narrator refers to the controversy surrounding the interpretation of these artifacts as a case study that ‘demonstrates the division between some diffusionists and most mainstream archaeologists.’ If the producers of the documentary sincerely believed this statement, then it is difficult to understand why they feature only the diffusionist side of the argument. What makes this one-sided presentation particularly perplexing [or maybe not] is that one of the scientists interviewed (one of the authors of this article) has written extensively on the Newark ‘Holy Stones’ and therefore could have ably represented the ‘mainstream’ view.” The scientist who has written extensively on the Newark “Holy Stones” is me. So, why didn’t the producers include my “mainstream” views about these elaborate archaeological forgeries in the documentary? Good question. 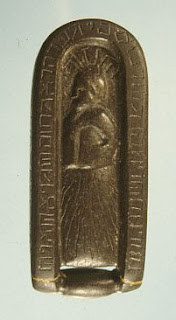 They interviewed me on two separate occasions and never once asked me about my views on the “Holy Stones.” In e-mail correspondence during the video production process I made my views quite clear to one of the producers and even sent him electronic copies of my articles. Nevertheless, you will look in vain for any “mainstream” views about these curious stones in the documentary. In the article, my co-authors and I point out the many errors of fact and interpretation in the documentary’s treatment of the “Holy Stones.” They are not authentic ancient artifacts. They are scientific forgeries intended to undermine a particular theory gaining prominence at the time of the forgeries: “The Newark ‘Holy Stones’ represented an attempt to encompass the prehistory of the New World within the biblical history of the Old World, thereby undermining the dangerous doctrine of polygenesis, which sought to provide a scientific justification for both the enslavement of African people and the forced removal of American Indians from their homelands.” This is not a coincidence.

I am reminded of a quote from Matthew Canfield Read, an early archaeologist that lived in Hudson, Ohio (my boyhood home). He wrote that frauds and forgeries such as the Newark “Holy Stones” and, more recently, “Piltdown Man”, “will always in some way represent the ideas of the time of the forgery.”

In part three of our review, we discuss problems with the claims made in the documentary about the molecular archaeology of Native America. Here is a link to our previous “Statement about the Lost Civilizations of North America DVD”: http://ohio-archaeology.blogspot.com/2010/12/commentary-on-lost-civilizations-of.html

For more information about the Newark “Holy Stones” see my article on the Ohio Archaeological Council’s webpage: http://www.ohioarchaeology.org/joomla/index.php?option=com_content&task=view&id=255&Itemid=32

The two surviving “Holy Stones” can be viewed at the Johnson-Humrickhouse Museum in historic Roscoe Village: http://www.jhmuseum.org/

CORRECTION: It grieves me to point out an error that appears in the Skeptical Inquirer article. In the discussion of the Newark “Holy Stones,” we refer to the narrator as a “he,” when the video was quite clearly narrated by a woman. As first author of this article, I take full responsibility for this error. It was not in our original text, so it must have been inserted by a well-meaning editor, but all the authors had the opportunity to review the galley proofs and we did not catch the mistake. I attribute the error to the subtle and unconscious sexism that pervades our society and to which most of us imagine we are immune until we are caught out in such a mistake. I extend sincere apologies to Anne Sward Hansen who performed admirably as the narrator of this production.