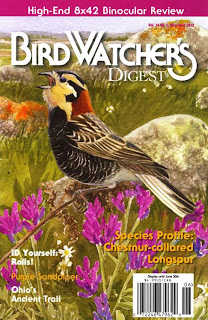 Several of Ohio’s most spectacular earthworks are featured in the May/June issue of Bird Watchers Digest. The sites are recognized as wonders of the ancient world, but they also are wonderful destinations for bird-watchers or others who want to experience the natural world. Fort Hill, for example, is not only a magnificent hilltop enclosure built more than 2,000 years ago by the Hopewell culture, it’s also a National Natural Landmark! 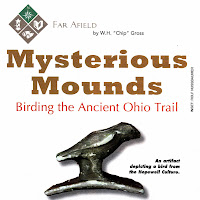 “Chip” Gross, the author of the article, followed the Ancient Ohio Trail with myself and several other guides last year. He writes that it offers both an opportunity to experience marvels of ancient architecture, but also “to see a variety of avian species — possibly even a few new to you.”

Check out the article for his review of the Ancient Ohio Trail, his wonderful photographs of many of the sites, and a list of special events scheduled for several of the sites this summer.