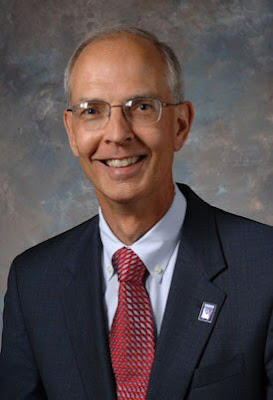 (COLUMBUS, Ohio)The Ohio Historical Society has new leadership. Today, the Board of Trustees has appointed Burt Logan, currently president of the USS Constitution Museum in Boston, as its new executive director and CEO, effective Dec. 15, 2009.

Burt Logan is the ideal person to lead the Ohio Historical Society into the future, said OHS Board President Richard T. Prasse, who announced the appointment following the board meeting. In these challenging times, his passion for helping people to understand and appreciate their history will guide us as the society approaches its 125th anniversary in 2010. The board is impressed by Burts national reputation, outstanding leadership abilities and strong management and fund-raising skills.

Logan succeeds William K. Laidlaw Jr., who led the organization from 2003 until his death in August this year, and acting executive director Jim Strider, who will continue to serve as director of historic preservation and outreach services.

Ohio’s heritage is about Ohioans, enriching their lives and uniting communities, and it is the mission of the Ohio Historical Society to help people create that better future, Logan said. It is one of the most important history organizations in the country and I am honored to have been chosen to serve all Ohioans.

Logan, 55, has been the president of the USS Constitution Museum since 1995 where he supervises a staff of 50 and works with a 35-member board of trustees and a 100-member board of overseers. Under his leadership, he structured the museums $3-million budget to come from earned income and development efforts; he raised $15 million for capital and special projects; and he increased the museums net worth from $2.1 to $8.3 million. His efforts to revitalize the organization by accelerating its growth and outreach services were recognized by First Lady Laura Bush when he accepted the National Award for Museum Service and by the American Association of Museums Accreditation Commission.

Logan graduated from the U.S. Military Academy in West Point, N.Y., in 1976 and served as an Army officer until 1981. In 1983, he received his Masters of Arts in History Museum Studies from the Cooperstown Graduate Program. In 2005, he attended the Museum Leadership Institute at The Getty Center in Los Angeles, Calif.

Logan is married to Bonnie, a registered dietitian specializing in long-term care nutritional needs. They will be moving to the Columbus area. The couple has three adult sons: Mark, who works in the computer industry and lives in Los Gatos, Calif.; Garrett, who works in financial services and lives in Cambridge, Mass., and Sean, a senior majoring in horticulture at Oregon State University, in Corvallis, Ore.

The Ohio Historical Society has been the beneficiary of great leadership for many years, said Ford W. Bell, president of the American Association of Museums, a Washington, D.C.-based organization that serves all types of museums. That tradition will continue under the stewardship of Burt Logan, as will the tradition of the Ohio Historical Society making Ohios rich history meaningful and accessible to Americans of all ages.

Established in 1885, the Ohio Historical Society is a private, nonprofit organization that serves as the states partner in preserving and interpreting Ohios history, archaeology, natural history and historic architecture. It provides services in nearly every community in the state. Among its many programs, the Society:

· Administers 58 historic sites and museums-the largest statewide network in the nation;
· Collects, preserves and interprets millions of historic documents, photographs and objects;
· Operates the states archives and a research library;
· Conducts historic preservation activities;
· Provides educational and collections resources online with more than 5 million visits each year to www.ohiohistory.org;
· Reaches more than 100,000 students in the state each year through its educational programs;
· Presents public programs and special events throughout the year; and
· Provides outreach services to local historical groups throughout Ohio.

A membership organization, the Ohio Historical Society is governed by a 21-member board of trustees, nine of which are appointed by the governor, nine are elected by the membership and three are selected by the board. By the end of 2009, it will have 184 full-time-equivalent staff members. State support in the current fiscal year amounted to $7.9 million of the $19 million operating budget.