OHIO ARCHAEOLOGICAL COUNCIL MEETING AT FORT ANCIENT ON MAY 4TH

OHIO ARCHAEOLOGICAL COUNCIL MEETING AT FORT ANCIENT ON MAY 4TH 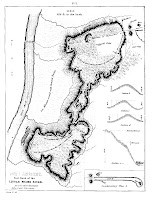 Join the members of the Ohio Archaeological Council at our Spring Meeting on Friday May 4th 2012! This year, we’re holding it at the Fort Ancient State Memorial Museum in Warren County, Ohio. If you’ve never been to this magnificent earthwork (on the short list to be nominated as a World Heritage site) or seen our great museum at the site, this is your opportunity to visit and hear about cutting edge research on Ohio archaeology!

Presentations begin at 10:30 A.M. when Jack Blosser, Fort Ancient Site Manager, gives us a peek “Behind the Scenes” at Fort Ancient. “Most people attending the OAC meeting have a good knowledge of Fort Ancient. But do you realize what goes on behind the scenes?”  After an initial overview of

The OAC Business Meeting follows from 11:00 to 12:30 followed by a lunch break (you’re on your own for lunch).

The program reconvenes at 1:30 with Robert Riordan, Wright State University, talking about his on-going investigations of the Moorehead Circle: “The Moorehead Circle in the North Fort of the Fort Ancient earthwork (33WA2) was an elaborate Hopewellian ceremonial construction, in use from about the late first through the second centuries A.D. A very brief (15 minute) review of the archaeological work done there since 2006 will focus upon the major classes of features that have been discovered, including evidence of perimeter rings of wooden posts, a central complex of pits and a possible structure, and the hundreds of linear meters of trenches that were excavated by the Hopewell across half of the area of the Circle. The slides will be followed by a walk out to the Circle, which is located just to the west of the Museum, where the locations of the features described will be indicated and further discussed.”

At 2:10 Jarrod Burks, Ohio Valley Archaeology, Inc., presents the results of his recent geophysical surveys at Serpent Mound, High Bank Works, and the Frank Yost Works. “In this presentation I explore the results of on-going geophysical surveys at three Ohio earthwork sites. Over your lifetime you have probably seen dozens of maps and photos of Serpent Mound in fourth grade and college texts, gracing the covers of coffee table books, and perhaps on T.V. shows about ancient aliens (why not!). The site needs little introduction. But a recent magnetic survey has uncovered a potential new wrinkle that we (those involved in the Serpent Mound Project) suspect will surprise you and get people thinking again about this famous old site. The High Bank Works, a unit of Hopewell Culture National Historical Park, is a massive Hopewell earthwork that, among other things, is home to Ohio’s other large octagon. Recent magnetic surveys have discovered several unexpected features, including a possible structure in the middle of the octagon. Finally, the Frank Yost Works is likely a site you have never heard of, but should know. Located in northern Perry County, Yost is a hilltop earthwork complex that includes one of the most intact, medium-sized circular enclosures in Ohio. The only good map of the site was made by the Salisbury brothers in 1862 and shows a seemingly fanciful configuration of embankment walls in the midst of two more typical circular enclosures. In this case it has been the LiDAR data that thus far is proving to be the most intriguing, but we will explore some magnetic and electrical resistance data as well and see that the Salisbury’s were on to something.”

At 2:40 Craig S. Keener, Kevin Nye, and Joshua Niedernier of the Professional Archaeological Services Team, will discuss the results of their investigation of the Charles site (33FR2816): a Late Archaic Field Camp in Franklin County, Ohio. “This presentation covers the results of Phase I-III archaeological investigations at the Charles site (33FR2816) located in the City of Columbus, Franklin County, Ohio. Charles represents a series of short term residential encampments that were intermittently used over the Early Archaic period to the early Late Woodland period. Temporal diagnostics and radiocarbon dates suggest a dominant Late Archaic occupation, followed by secondary Early and Late Woodland use of the landform. The tool assemblage supports the interpretation that the site served as a focal point for hunting activities. A high percentage of tools, such as modified flakes, scrapers, drills, and awls are associated with meat and hide processing. Numerous flat bottom pits with burnt clay, some containing burnt bone, also demonstrate a tie with roasting activities and thus the importance of hunting activities. A total of 57 prehistoric features were identified and 17,713 artifacts recovered at the site. Feature clusters and indications of depositional patterning are evident.”

Finally, at 3:00 P.M., Bob Genheimer, Cincinnati Museum Center, will give a presentation entitled “Sherds and the Big Pit: Change in Temper at a Filled Depression at the Fort Ancient-age Hahn Site, Hamilton County, Ohio.” “The Hahn site near Cincinnati exhibits two major Fort Ancient occupations, and at least an unspecified Late Woodland and perhaps Middle Woodland occupation. Remote sensing indicated two large magnetic anomalies near the south edge of the village plaza. Excavations in 2011 revealed that one of these anomalies, and perhaps both, is a filled depression, possibly originally excavated during the Middle Woodland period. The large basin-shaped pit extends to a depth of greater than 1 meter near the center. Excavations in 10 cm levels indicated that at least the upper two or three levels are middle Fort Ancient in age, without later Madisonville contamination. To date, approximately 11,800 sherds weighing more than 35 Kg have been analyzed from five 2m by 2m units placed within the filled depression. And, although one may hypothesize that the depression would have been filled relatively quickly, there is a clear evolution of temper types from the base to the top of the fill. Sherds near the base are few in number, but are almost exclusively rock-tempered, and may represent a Middle or Late Woodland deposition. Directly above these lower levels, temper is predominantly shell, but nearly all mixed with grit, and occasionally grit and limestone. The upper two or three levels exhibit increasing amounts of shell without admixture of additional temper, but shell mixed with grit still occurs in moderate numbers. More than 400 middle Fort Ancient diagnostic sherds in nearly all temper combinations have been identified in these upper levels. These data, while preliminary, suggest that middle Fort Ancient-age Native Americans, embraced the introduction of shell temper, but persisted with the addition of grit and sometimes limestone into vessel paste.”

I hope you can join us!