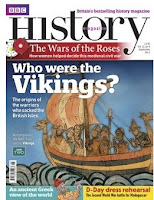 The July 2012 issue of the BBC History Magazine featured a brief article on Dr. Robert Riordan’s research on the Moorehead Circle at the Fort Ancient Earthworks.

BBC reporter David Keys writes that Riordan and his team have been working over the past six years to investigate “this triple timber circle, and have discovered a central altar-like feature and a series of mysterious trenches (filled with gravel and sand imported from elsewhere in the sacred complex).”

“They have also found a large 18-metre-long timber structure thought to be some sort of temple-like building, potentially the ‘holy of holies, at the heart of the complex.” 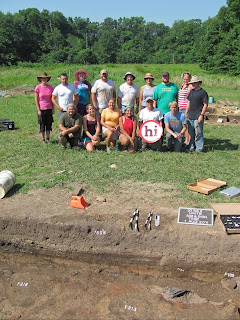 If you follow this blog, you’ve been reading updates of the project since the discovery of the Moorehead Circle in 2005 and if you’ve missed them you can read them in our archive.