FAMOUS SOUTHWESTERN ARCHAEOLOGIST GOT HIS START IN OHIO

FAMOUS SOUTHWESTERN ARCHAEOLOGIST GOT HIS START IN OHIO Frank C. Hibben was a famous, some now would say infamous, archaeol-ogist known principally for his work at Sandia Cave in New Mexico. The Sandia culture once was thought to be the earliest evidence for humans in the Americas and the single-shouldered shape of Sandia spear points was considered to represent a link with the Upper Paleolithic Solutrean culture of western Europe.

Sadly, the Sandia culture is now thought to have been an archaeological fraud, which has tarnished Hibbens reputation considerably. Ironically, the idea that the Solutrean culture has a connection with the earliest Americans has been revived in recent years, though the theory has not received much support from archaeologists. 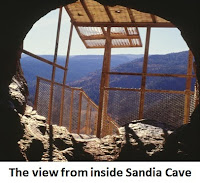 Hibben was a popular professor at the University of New Mexico. I attended UNM, but it was just after he had retired, so I never got to take a course from him. A few of my friends said his inspiring lectures were the reason they decided to major in archaeology.

In recognition of Hibben’s many contributions to archaeology and in spite of the controversy over his alleged scientific misconduct, UNM named the Hibben Center for Archaeological Research after him. A generous financial contribution from Hibben doubtless made it easier to forgive and forget any past indiscretions.

Hibben was born in Lakewood, Ohio, and his career in archaeology began here. 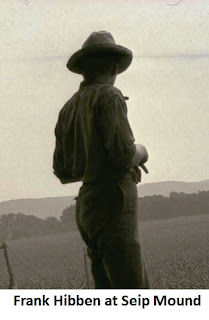 When he was 10-years-old he got a summer job with the Ohio Historical Society as a water boy for the archaeological excavation teams. Hibben said, “I got paid $10 a week, and continued working there for the next several summers.” By the time he was 18 he was a valued member of the crew and assisted in the excavation of Seip Mound.

Although his father warned him that he would starve to death if he became an archaeologist, he persevered and proved his father wrong. He spent his entire academic career at UNM and was the founding director of the prestigious Maxwell Museum of Anthropology. Hibben remained active as an emeritus professor until his death in 2002.