Its typical or so it would seem that most large universities, state museums and state historical societies often house large and very important archaeological collections. The archaeological holdings of the Ohio Historical Society number in the hundreds of thousands and include collections that range from irreplaceable ceremonial objects and other items of prehistoric art to small collections that contain a few projectile points and a small quantity of flint debitage or flakeage. There are also Cultural Resource management collections that contain a wide array of materials both historic and prehistoric that were recovered during surveys for highways, pipelines or other construction projects involving federal funds. It is also true that many smaller, local museums have exceptional collections. 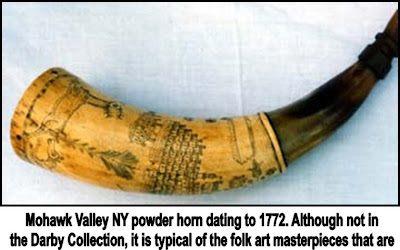 The Johnson Humrickhouse Museum in Roscoe Village near Coshocton has a well assembled and diverse collection of prehistoric artifacts, early firearms and other Ohioanna, early decorative arts and a fine selection of Oriental objects. Its definitely worth the trip to view their wonderful collection. Another outstanding museum collection is the Darby Collection presently housed at Davis and Elkins College in Elkins W.Va.

The Darby Collection is the legacy of H. M. Darby, a wealthy benefactor who more than a century ago amassed a very important collection of prehistoric artifacts as well as colonial period and early American objects. According to a recent issue of WV Magazine: One of the best-kept secrets on D&Es picturesque campus is tucked away on the third floor of Halliehurst. Known as the Darby Collection, it is an incredible collection of American, European, Inuit, and Native American artifacts dating back to the Stone Age, donated to the school by H.M. Darby, a local builder. Only a small portion of the treasures is on display. According to the Smithsonian, the collections more than 200 Spanish, French, English, and American powder horns, dating from the early 1600s, is one of the finest in the East Coast. Also attached is a link to a newspaper article about the same. It seems to hold true that like books, museums and their collections should not be judged by their cover.