In celebration of both Ohio Archaeology Month and American Archives month I present to you an interesting glimpse into the not so distant past.

In 1940, the Ohio State University and the Ohio State Museum, now the Ohio Historical Society, had their first joint archaeological field school at Fort Ancient in Warren County Ohio. Student letters inquiring about the field school are on file along with other project data in collection A1039 Fort Ancient (Records box 11, File 5 “Applications, correspondence and clippings”. A total of 11 students participated, however four applicants were ultimately rejected.  The following is a letter from one of these students and the official reply.

At the suggestion of Dr. Faye-Cooper Cole, University of Chicago, and Mr. Charles Brown, Wisconsin Historical Museum, I am writing to inquire about archaeological work for this coming summer.  If I understand correctly, a party is being sent to Fort Ancient for the season, and a fee is being charged for out-of-state workers.  Mr. Brown and I thought that there might be some job I could obtain and which I could at least pay my expenses. I will be graduated from the University of Wisconsin this June with a major in anthropology.  At the present time my hopes are to be able to do graduate work next fall. My field experience consists of several types of work.  Last summer I was in the southwest field with Dr. Paul Nesbit, Logan Museum, Beloit, Wisconsin.  In the spring of 1937, in conjunction with Beloit College and the University of Chicago, I participated in the excavation of some mounds in northern Illinois. At the present time I am taking a course in mapping and my photographic experience is quite extensive so I will be able to participate in these two types of work, which are of great necessity, in addition to the actual archaeological work. It is my sincere hope that you will be able to employ me for the coming season; I hope my qualifications warrant it.  If you have any questions I shall be glad to answer them. I will appreciate anything which you can do for me.

The response to her letter was as follows:

I have your letter indicating your desire to join the archaeological expedition this summer, but I regret to say that due to the fact that we have no chaperones it will be impossible to accept women students in 1940.  We hope that suitable arrangements in this respect will be made in the future.

Not letting this rejection get in her way, Virginia went on to contribute greatly in the fields of anthropology and archaeology and her papers are now curated in the Smithsonian Anthropological Archives .

According to the Smithsonian site, she “earned her MA and Ph.D. in Anthropology from the University of Chicago. Virginia Drew Watson and her husband, James Bennett Watson, studied the Cayua Indians in Mato Grosso, Brazil (1943) and the Agarabi, Tairora and Gadsup in the Papua New Guinea highlands (1953-1955, 1963-1964). Virginia Watson served as a part-time lecturer in anthropology and archaeology at Washington University in St. Louis from 1948 to 1953, Seattle University from 1957 to 1963, and University of Washington, Seattle from 1961-1971.  She also served as a volunteer affiliate curator of Melanesian Archaeology at the Burke Museum of Natural History and Culture of the University of Washington from 1969 to 1992”

I’d also like to recognize the other women who were denied participation in the 1940 field school, they were Kathryn Pershing, a student from the University of Akron; Catharine Allison Clement, a graduate of Vassar College who was pursuing her graduate degree from Columbia University and Iva T. Osanai from the University of Chicago who, as Virgina, went on to a successful career studying the Navajo people of Oklahoma and documenting the Wichita language.

In tribute, I have included a few pictures of archaeology students doing field school projects, post 1940. These pioneering women archaeologists helped pave the way for generations of female professionals and I am forever in their debt. 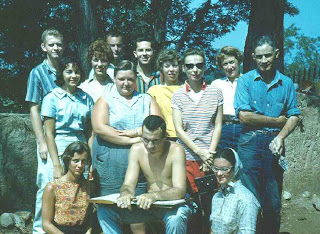 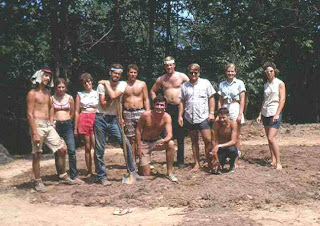 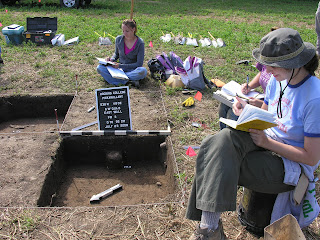 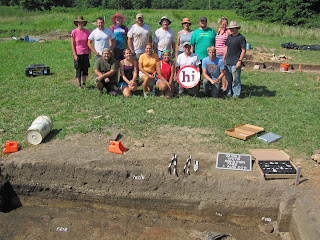