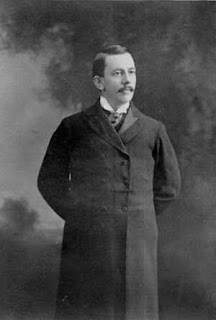 I was forwarded this web site last week and thought the podcasts, Archaeology Overlooked, were very nicely done. The creator, Robert P. Connolly, holds a Ph.D. in anthropology from the University of Illinois at Urbana-Champaign and has worked extensively at Fort Ancient State Memorial.

In his words, Archaeology Overlooked  “focuses on contributions and individuals often long-forgotten or not included in textbooks, popular magazines, or carefully scripted cable TV programs. As well, I discuss some of the anecdotal stories I have come across over the years that I hope others will find of interest. The first couple of episodes will include some bio material on Warren King Moorehead and consider his contributions to understanding the prehistory of the Eastern Woodlands of the United States. Future episodes will cover what the Mormon faith had to do with one of the first prehistoric Native American mounds excavated in Illinois, the 14-year old who built a radiocarbon lab in his basement in the 1950s and more.”

I hope you enjoy the link as much as I did!