A DAY AT THE OCTAGON EARTHWORKS

A DAY AT THE OCTAGON EARTHWORKS 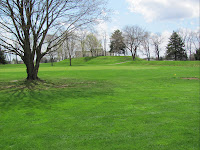 The Octagon Earthworks is open for visitation 365 days a year during daylight hours, but for most of those days, visitors are restricted to a few areas of the site, including the observation platform near the parking area and the path by the Moundbuilders Country Club clubhouse to an area from which they see the Observatory Mound. Four times each year, however, this magnificent set of earthworks is open for visitors to explore more fully. For me, one of the highlights of the open house is being able to stand on Observatory Mound, a feature unique to this Hopewellian earthwork. 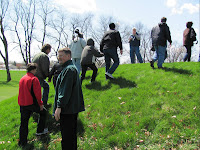 It likely served as a platform from which the religious leaders of the society could view the rising of the moon at its northernmost point on the eastern horizon along the common axis of the circle and octagonal enclosures. 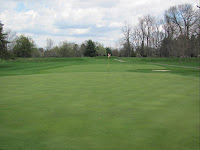 The two enclosures are connected by a narrow corridor defined by parallel walls of earth. Such sacred roads were an important architectural element at many of the largest Hopewellian earthworks, but the walls at the Octagon Earthworks are the only remaining examples. 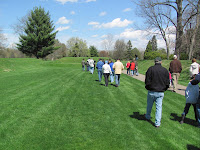 On Open House dates, you can walk this sacred road following in the footsteps of the ancient people that built this monumental earthen cathedral and the pilgrims that came here 2,000-years-ago to experience the magic of this wonder of the world!

Watch this blog for information on future Open House dates and join us for these special opportunities to explore Ohio’s past! 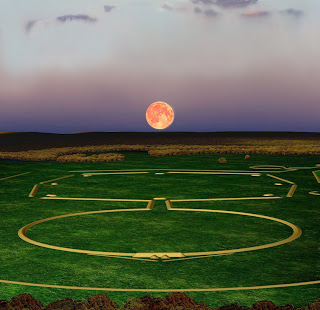