The Earthworks of Southern Ohio: Ancient Monuments of the Eastern Woodlands

The Earthworks of Southern Ohio: Ancient Monuments of the Eastern Woodlands 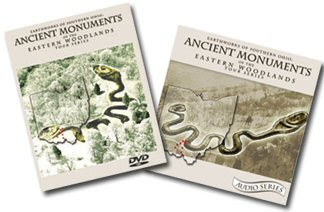 The following announcement is from Dr. Bill Laidlaw, Chief Executive Officer of the Ohio Historical Society.

The Earthworks of Southern Ohio: Ancient Monuments of the Eastern Woodlands is a driving tour that focuses on three of the most sophisticated and talented mound-building cultures in Ohio the Adena, the Hopewell, and the Fort Ancient. It features 10 sites, including Serpent Mound and Seip Mound, that are considered by experts to be among the most significant Native American earthworks in the United States.

Recently, the Earthworks of Southern Ohio has received excellent media attention, including articles in the Cincinnati Enquirer and Columbus Dispatch. Im forwarding the links to both travel features:

The DVD and audio series are available for purchase through the Ohio History Store at http://www.ohiohistorystore.com/Podcast-Audio-Video-Driving-Tours-C78.aspx