In addition to its world-class archaeology, natural history and history collections, the Ohio Historical Society is steward to a statewide system of prestigious historic and prehistoric sites – second only to the National Park Service in type and variety of locations. Among the more notable of OHS properties are Fort Ancient in Warren County and the Johnston Farm and Indian Agency, formerly known as the Piqua Historical Area, in Miami County. 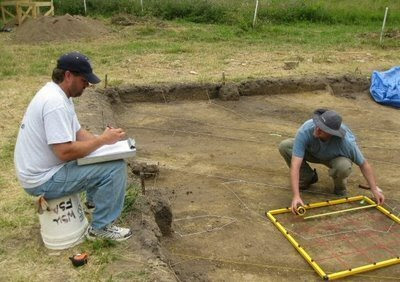 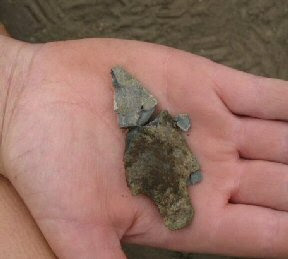 In 2006, Dr. Robert Riordan, students from Wright State University and selected volunteers began an ongoing investigation of what became known as the Moorehead Circle, named in honor of Warren King Moorehead, former curator of archaeology at the Ohio Historical Society and an early investigator of Fort Ancient. In fact, it was largely through his efforts that the state legislature was made aware of the site’s importance and Fort Ancient being set aside as Ohio’s first archaeology reserve.

The past field seasons at Fort Ancient have revealed that the large central pit was filled with soil burned at a high enough temperature to turn it bright brick red. However, it appears that it had been burned at some other location, scooped up and gleaned of any foreign material, including charcoal, and redeposited in the pit at the center of the circle. Surrounding the central-pit feature is a shallow ring-shaped feature that contains a sizeable number of pottery fragments and small flint artifacts. The henge that surrounds the site was tested in two places and it was found that the posts used in its construction were of a large diameter (up to 12 inches) and placed with fairly regular spacing. Most were deeply set and held in place with up to 200 pounds of stone chinking. The slip trenches used to erect the posts, their large diameters and the amount of stone needed to hold them in place indicates that the posts were likely of a telephone-pole size – architecture on a truly monumental scale. 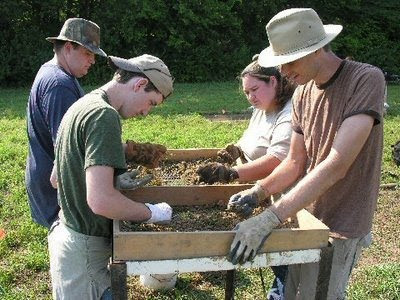 Up until the mid-point of the 18th century, Pickawillany and the entire Ohio Country, that is, all that land north and west of the Ohio River and west of the Allegheny Mountains in general, was claimed under the sovereignty of the French. In 1747, Chief Memeskia of the Miami Indians was fully involved in a general rebellion of native tribes against the French. Incensed at the lack of proper tribute, Memeskia set fire to the French trading post of Fort Miamis (near present-day Fort Wayne, Indiana), part of the principal Miami Indian town of Kekionga, and moved his village to Pickawillany where he openly invited the English to trade with the Miami and other western tribes. As a trading venture, Pickawillany flourished. Seeing the potential for French military intervention, the English built a stockade and blockhouse at Pickawillany for the protection of the traders and their goods. The explorer Christopher Gist visited Pickawillany in the winter of 1750-51 and recorded in his journal that it had 400 Indian families and was daily increasing and should be considered one of the strongest Indian towns on the continent. That same winter, the French militia leader, Charles Langlade, arrived to give Memeskia, who by then was being referred to as “Old Briton,” an ultimatum to return to the French or else. Memeskia stood his ground. On June 21, 1752, the French militia and Ottawa Indian force stormed Pickawillany. They killed or captured all but two of the English traders, sacked the trading post and destroyed the Indian town. A wounded Old Briton was brought before Langlade where he was quickly executed. After this final event, the site lay mostly fallow for the next 250 years except for farming.

In 1999, the state of Ohio purchased 35 acres thought to contain the site of Pickawillany and incorporated the property into the Piqua Historical Area (now Johnston Farm and Indian Agency). OHS field work began at Pickawillany in 2002, trying to make sense of the property and what the historic layout might have been. Even to the trained observer the site looked a lot like every other crop field in western Ohio. 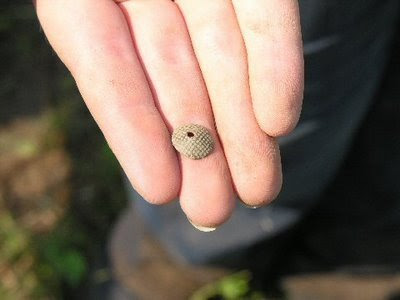 As a final stage of investigation, a summer archaeology field school under the direction of Dr. Annette Ericksen of Hocking College in Nelsonville will return this summer to investigate the most promising anomalies looking for structural remains hoping to identify just where on the site the stockade and blockhouse may have been located. Perhaps the best case scenario would be to find the dug water well, which by just about all accounts was located inside the stockade.

Fort Ancient Field School will work MondayFriday from the last week in June through the first week in August. Visitors are welcome. Volunteering opportunities are handled through Dr. Riordan and Wright State University. For more information, call 800.283.8904.

The Pickawillany Field School will work Monday-Thursday from July 25August 11. Because of its relatively remote location, site visitation will be in a tourist group fashion. Tours will assemble at the museum and be transported to and from the site by canal boat. For further information, call 800.752.2619. Volunteering opportunities are handled through Linda Pansing at OHS. For more information email her at [email protected]