People of the Forest: the Arc of Appalachias 2013 Summer Lecture Series at Serpent Mound


People of the Forest

Free to the public, no registration required, parking fee $7.00 per car 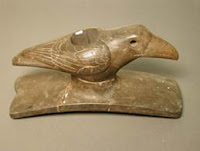 For no less than 12,000 years preceding European contact, Native Americans were an integral community member of the rich and complex ecology of Americas Eastern Forest. This lecture series will explore three different ancient woodland cultures: the Adena Culture, the Hopewell Culture, and the Fort Ancient Culture.

In these presentations we will step back in time, and take in a broad sweeping perspective. From this holistic view, within the limitations of the archaeological evidence we have, these lectures will address: Who were these peoples, what distinguished their cultural eras, what was each cultures geographic reach, who were their contemporaries elsewhere in the continent and the world, and what were each cultures most distinguishing artistic and cultural contributions?
Program One: People of the Forest the Adena Culture Epic Mound Builders: 1000 to 200 CE Sunday July 14 at 1:00 pm Presented by Elliot Abrams, Professor of Anthropology, Ohio University
Program Two: People of the Forest the Hopewell Culture Geometry & Astronomy Written on the Land: 100 BCE to 400 CE Saturday August 3 at 1:00 pm Presented by Bradley Lepper, Curator of Archaeology for the OhioHistorical Society
Program Three: People of the Forest the Fort Ancient Culture Farmers of the Ohio Valley: 1000-1750 CE Saturday August 31 at 1:00 pm Presented by Robert Allan Cook, Associate Professor of Anthropology, Ohio State University
More information on each lecture can be found here: http://arcofappalachia.org/events/people-of-the-forest.html.
Posted May 19, 2013
Topics: Archaeology