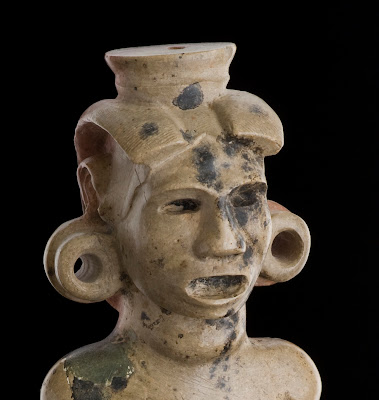 In case anyone still wonders why this artifact above all others is worthy of being our state artifact, consider the following passage from an article on the Adena Pipe written by the late Raymond S. Baby, former Curator of Archaeology for the Ohio Historical Society:

“The Adena Pipe has been a favorite with authors illustrating books on archaeology and anthropology; it even graces the jacket of the late Ralph Linton’s The Tree of Culture (1955). It has appealed particularly to historians of Indian art. Frederic H. Douglas and RenÃ© d’Harnoncourt in their Indian Art of the United States (1941) call it a ‘remarkable pipe, the finest known example of Moundbuilder culture.’ To them, as well as to others, it is reminiscent of Mexican stone carving. Le Roy H. Appleton (Indian Art of the Americas [1950]) considers it ‘the finest known example’ of prehistoric stone sculpture north of Mexico. Miguel Covarrubias, in the fullest study yet of American Indian art, The Eagle, the Jaguar, and the Serpent (1954), refers to it on several occasions as ‘the famous Adena pipe.’ He too notes the Mexican resemblance.”