NEW DOCUMENTARY EXPLORES THE MYSTERY OF THE “MICHIGAN RELICS”

NEW DOCUMENTARY EXPLORES THE MYSTERY OF THE “MICHIGAN RELICS”

The so-called “Michigan Relics” include somewhere between 3,000 and 9,000 artifacts bearing inscriptions that superficially resemble ancient cuneiform all of which supposedly were found in Michigan mounds between about 1890 and 1920. The objects include tablets, pipes, ornaments, and tools crafted from slate, copper, and clay. Many of the tablets are engraved with vivid scenes from the Old Testament, such as the Tower of Babel or Noah’s Ark. 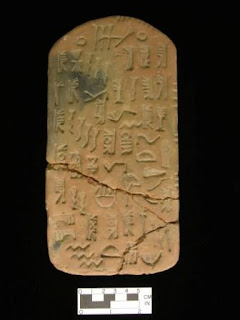 Archaeologists have dismissed the objects as crude fakes, but many people accepted them as proof that ancient Hebrews were the builders of America’s marvelous mounds. More remarkably, some people still today believe that some or all of these artifacts might be authentic traces of Pre-Columbian Coptic Christians in Michigan. These fascinating artifacts are the subject of a new documentary entitled “History or Hoax: the Michigan Relics” by Thom Bell, an independent Michigan filmmaker. The hour-long production tells the fascinating story of what has been characterized variously as the most massive archaeological fraud in history or the biggest archaeological tragedy. Bell gives both sides in the debate the opportunity to present their evidence and arguments, but the most dramatic moment in the production is when Bell reveals the age of a key ceramic tablet as determined by a new luminescence date. It was made sometime between 1895 and 1910 precisely the time period when these bizarre relics were being found and promoted. 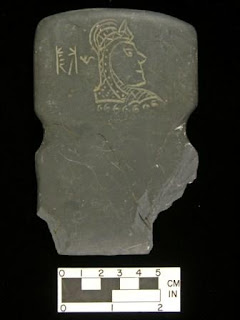 Dr. Richard Stamps, who conducted perhaps the most thorough archaeological analysis of the Michigan Relics in recent years, is featured in the documentary. He observes that the problem for skeptics is that no matter how many of the thousands of artifacts you can show to be fraudulent, a believer can always hold out hope that some untested specimens still may be authentic. He says, quite rightly, “That’s science. The door is always open.” The burden of proof, however, is on those who want us to accept the extraordinary claim that Michigan was home to a large colony of ancient Egyptian Christians. They must show us the evidence that even one of the Michigan Relics is ancient. So far, the champions of this notion have not produced a luminescence, or any other kind of date indicating that any of these fantastic artifacts is ancient. 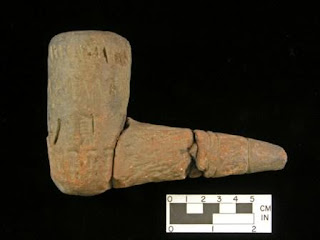 Sadly, I am compelled to agree with Francis Kelsey who wrote in 1911 that “so long as human nature remains the same, it may be presumed that men will be ready to believe what they wish to believe, and that no hoax will be too preposterous to be without a following.” It’s not mentioned in the documentary, but there is an interesting if somewhat embarrassing Ohio connection to the Michigan Relics.

After learning of the initial discoveries, William C. Mills, then the Curator for the Ohio Archaeological and Historical Society (now the Ohio Historical Society), visited one of these spurious digs for two days in 1909. In fact, he did some digging himself and “discovered” an inscribed tablet along with other artifacts. Of course, these items had been planted at the site for Mills to find, but he initially uncritically accepted them as authentic. The Ohio Historical Society has a few of the Michigan Relics in its collections. Although they are not currently on display, I present images of a few examples here for your examination. I highly recommend the video for anyone who wants to understand the Michigan Relics or the enduring popularity of the notion that ancient Hebrews, Welshmen, Coptic Christians, or Vikings came to ancient America. For more information about “History or Hoax: the Michigan Relics,” including how to order a copy, visit Thom Bell’s webpage: http://michiganrelics.com/