Egyptologist to Speak about the Mystery of Ohio Historical Society Mummy and Coffin, April 18

Egyptologist to Speak about the Mystery of Ohio Historical Society Mummy and Coffin, April 18 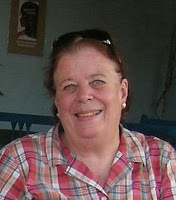 Egyptologist Cynthia May Sheikholeslami will speak about unraveling the mystery of the Ohio Historical Societys mummy, Amunet, and the coffin Amunet resides in. The lecture will be held at the Ohio History Center on Thursday, April 18, 2013 at 2:00 pm.

Sheikholeslami, an Egyptologist who studied at the Oriental Institute, University of Chicago and is retired from the American University in Cairo, has been an integral part of the research team working in partnership with OHS to uncover the history Amunet. Tracking down the acquisition history of the OHS coffin and mummy — which clearly did not belong together, said Sheikholeslami, was an amazing and exciting international detective investigation with enough twists and turns to have satisfied Agatha Christie. Thanks to Sheikholeslami, OHS now knows that Amunet was not the original occupant of the coffin in which she now resides. Her presentation, titled The Mysterious Case of the Coffin and the Mummy, will discuss the how the mummy, Amunet arrived at the Ohio Historical Society in the wrong coffin.

You might not think that a mummy from Egypt had anything to do with Ohio, but ancient Egypt was a source of endless fascination during the 18th and 19th centuries and almost any major American museum with a history going back that far has its own mummy, said Bradley Lepper, curator of archaeology for OHS. Amunet and her coffin have been part of OHS’s collection since 1925 when it was donated by Dr. J. Morton Howell, the first U.S. Ambassador to Egypt under the Warren G Harding administration. From Sheikholeslamis research, OHS learned that the coffin that Amunets current coffin is the second, or middle, of three nested coffins that belonged to another woman. Sheikholeslami also has determined that the matching outer coffin, in which the OHS coffin would have nested, is in the collections of the British Museum.

For more information, call 800-686-1541. ABOUT THE OHIO HISTORICAL SOCIETY Founded in 1885, the non-profit Ohio Historical Society (OHS) provides a wide array of statewide services and programs related to collecting, preserving and interpreting Ohio’s history, archaeology and natural history. The society has over 1.5 million items in its collections throughout its 58 sites and within its 287,000-square-feet Ohio History Center at 800 E 17th Ave. (Exit 111 off Highway I-71), Columbus, Ohio, 43211. The Society receives a portion of its funding from the state, but relies on admission fees, memberships, grants, donations and other forms of revenue to continue to serve Ohioans in the future. For information regarding the Society, contact Shannon Thomas, Communications Specialist, Ohio Historical Society: 614.297.2317, [email protected]. Visit the Ohio Historical Society at https://www.ohiohistory.org.