Contrasting Reunion Events Set for OHS Sites for the Weekend of June 11 and 12, 2011

Contrasting Reunion Events Set for OHS Sites for the Weekend of June 11 and 12, 2011

On the weekend of June 11 and 12 two of the Ohio Historical Societys most prominent sites will each be the focus of reunion events of vastly different character. 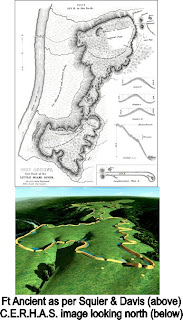 Fort Ancient State Memorial near Oregonia (just north of Cincinnati) will host the 21st annual Fort Ancient Celebration: A Gathering of the Four Directions. This event is perhaps Ohios premier Native American festival with a weekend of storytelling, games, crafts, lectures on Native American heritage, drumming and singing and up to 100 Native American dancers in full regalia. This is an excellent opportunity to experience the finest of both traditional and contemporary Native American culture and as well as explore the vast 2,000 year old Fort Ancient earthwork and its natural surroundings. There is also a museum on site dedicated to the history of 12,000 years of Native American presence in Ohio.

Attached is an announcement for this years event for driving directions, hours and admission information. 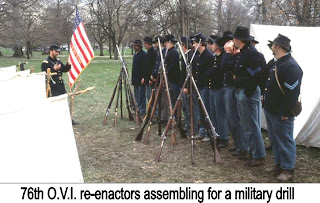 Also on the weekend of June 11 and 12, The Great Circle Earthworks, located on Route 79 in Newark (formerly Mound Builders State Memorial), will play host to a re-enacted Civil War Encampment of the 76th Ohio Volunteer Infantry. The 76th was organized in Newark in1861 at what was known then as Camp Sherman. The camp was named in Honor of John Sherman a noted judge and politician in Ohio at that time and the younger brother of the famed Union General, William Tecumseh Sherman. The 76th saw extensive action the western theatre early in the war, especially in Tennessee. 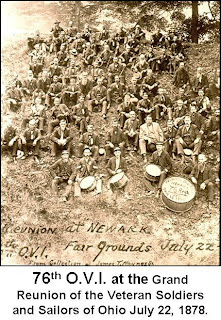 The encampment will allow visitors to travel back in time for the day and become part of the Civil War as they watch re-enactors set up and live in an infantry bivouac just as they did at Camp Sherman 150 years ago. They will see how the 76th lived day to day, cooked their meals, performed military drills and trained to use artillery back when the world was a much different place.

Attached is a link to the Greater Licking County Visitors and Convention Bureau for information on the 76th O.V.I. Encampment and other events in and around Licking County this summer. Enjoy!