Archaeologists John Kantner of the School of Advanced Research and Kevin Vaughn of Purdue University claim, in their paper published in the Journal of Anthropological Archaeology, that religiously motivated cooperation in the form of pilgrimage is a neglected element in discussions of cooperative behavior among humans. They propose a new model of pilgrimage based on human behavioral ecology and decision theory. They argue that religious affiliation can lead to a number of social benefits, but its also something that can be faked with relative ease. So unscrupulous people simply could pretend to believe and so enjoy the benefits of affiliation without going to the effort of actually fulfilling their religious responsibilities. Such individuals would be parasites that could pose a threat to the solidarity of the group. One solution to this threat would be for the group to require the faithful to demonstrate their faith with some form of clear signal that is so costly that anyone considering cheating would be unwilling to undertake it. Kantner and Vaughn propose that pilgrimage can be explained as just this sort of costly signaling. They look at two case studies of spectacular monumental architecture, Cahuach

i in Peru and Chaco Canyon in New Mexico, which they argue are pilgrimage centers that emerged as a result of costly signaling both by the leaders of each center and the pilgrims who came to them. I summarize the basic elements of Kantners and Vaughns paper in a column in the Columbus Dispatch and even extend their argument to encompass the major earthworks of Ohios Hopewell culture. For some time now I have thought that the most monumental of the Hopewellian earthworks, such as those at Newark and Fort Ancient, were pilgrimage centers attracting devotees from across eastern North America. Pilgrims may have brought offerings of beautiful objects crafted from exotic raw materials and engaged in ceremonies that possibly included helping to build the earthworks. I agree with the ideas of the anthropologists Victor and Edith Turner who argued that pilgrims coming to such magical places to participate in these activities would feel a sense of communitas, or sublime unity, with one another. The spiritual union formed thereby naturally would translate into the forging of other unions with more down to earth concerns, such as the arrangement of marriages and the negotiation of trade partnerships. 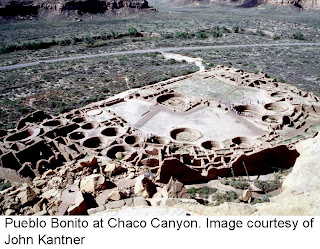 Kantner and Vaughn mention the Turner model of commun- itas, but conclude that pilgrimage is not just about achieving communitas and its not even necessarily a cooperative endeavor at all. These are fair points and I think their costly signaling model is more comprehensive and has more explanatory power than communitas by itself. Moreover, I now think costly signaling had a lot to do with the Hopewellian florescence. Nevertheless, I still think communitas played a role in Hopewell pilgrimage. One of my reasons for continuing to argue for the importance of communitas is that I have seen it develop in the small groups of people that Dr. Richard Shiels and hi 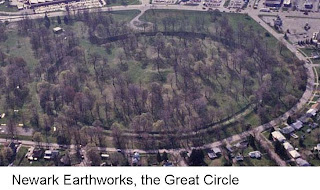 s colleagues at the Ohio State Universitys Newark Earthworks Center have led on modern pilgrimages from Chillicothe to Newark that sought to reenact the ceremonial processions of the Hopewell that may have followed the Great Hopewell Road. Communitas is a powerful unifying force and can contribute to an explanation for why people would joyfully embrace the costs of costly signaling. Here is a link to my column in the Dispatch: http://www.dispatch.com/content/stories/science/2012/03/04/study-pilgrimage-a-costly-signal.html Here is the full reference to Kantners and Vaughns paper: Kantner, John and Kevin J. Vaughn 2012 Pilgrimage as costly signal: religiously motivated cooperation in Chaco and Nasca. Journal of Anthropological Archaeology 31:66-82. For more about my ideas about Hopewell pilgrimage, see these previous blog posts and articles: The Newark Earthworks: a place of pilgrimage http://ohio-archaeology.blogspot.com/2009/08/newark-earthworks.html Fort Ancient Earthworks place of pilgrimage http://ohio-archaeology.blogspot.com/2011/10/fort-ancient-earthworks-place-of.html Lepper, Bradley T. 2004 The Newark Earthworks: monumental geometry and astronomy at a Hopewellian pilgrimage center. In Hero, Hawk, and Open Hand: American Indian art of the ancient Midwest and South, edited by Richard V. Townsend and Robert V. Sharp, pp. 72-81. The Art Institute of Chicago and Yale University Press, New Haven. 2006 The Great Hopewell Road and the role of the pilgrimage in the Hopewell Interaction sphere. In Recreating Hopewell, edited by D. K. Charles and J. E. Buikstra, pp. 122-133. University Press of Florida, Gainesville. Finally, for more information about the Newark Earthworks Centers Walk with the Ancients hike along the projected path of the Great Hopewell Road start with this link: Walk with the Ancients http://newark.osu.edu/earthworks/Pages/WWTA.aspx Brad Lepper 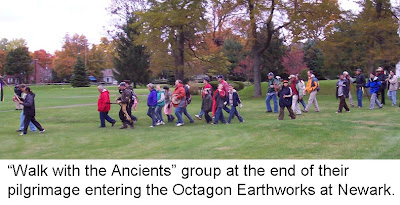