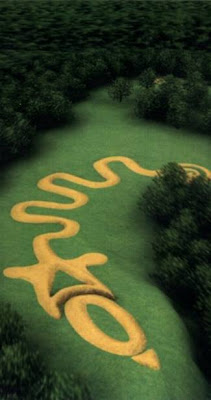 Serpent Mound is one of the most recognizable prehistoric monuments in the world! It is an immense and beautifully-proportioned earthen serpent whose heavy, sinuous coils hug the ridge-tops rolling terrain making it seem to be a living serpent uncoiling and slithering across the landscape.

For nearly all those who behold it, the effigys physical resemblance to a serpent and its awe-inspiring size evoke an immediate and intense mental and emotional response. Our reactions are influenced by ethnic beliefs and serpent mythologies from the four corners of the world, from the Biblical narrative of the subtle serpent of the Garden of Eden to the great feathered serpent of

Each of these interpretations has its own intrinsic interest, but the question asked in this program concerns the original, intended meaning of the Serpent. Is it possible for us to get past the modern cultural overlays to “see” the site through the eyes of its ancient Native American architects? And if it is possible, how might we go about doing it?

This Saturday, June 30th, I will present my thoughts on these questions at Serpent Mound State Memorial. The program will begin at 1:00 PM at the Serpent Mound shelter house. The event is free and open to the general public, although there is a parking fee of $7 per car. Following the presentation, I will be leading interested folks on a hike around Serpent Mound and the remarkable landscape in which it is situated.

Join me for an exploration of this special place and a discussion of what the science of archaeology can reveal about its original purpose and meaning.

For more information, including directions to the site, check out the Arc of Appalachia’s Serpent Mound website.