On April 18th and 19th, 2009 approximately 50 divers from Ohio, Indiana, Pennsylvania, Michigan and Canada came together to learn about nautical archaeology (figure 1). The event was put on by the Peachman Lake Erie Shipwreck Research Center (PLESRC) of the Great Lakes Historical Society in Vermilion Ohio, along with assistance from the Maritime Archaeological Survey Team (MAST), and was made possible through a grant from the Ohio Department of Natural Resources Office of Coastal Management.

The goal of the workshop was to give divers skills to help document Ohio’s underwater cultural resources, otherwise known as shipwrecks. By creating final products such as site maps, reports and dive slates they can educate the general and diving public about the multitude (between 1000-8000) of wrecks that are in our backyard. Of those, seven (Adventure, W.R. Hanna, F.H. Prince, The Craftsman, Dundee, Sarah Sheldon and the Anthony Wayne) have been surveyed and recorded as archaeological sites, all by MAST divers working with PLESRC. Topics for the weekend included historical research, Ohio, Federal and International shipwreck laws, report writing, diving/boat safety, survey logistics and equipment, trilateration, drawing techniques, among many others. 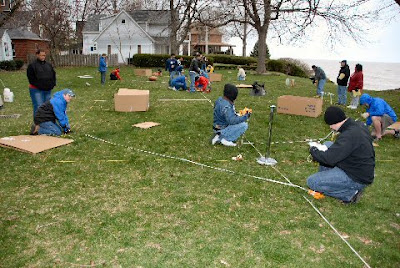 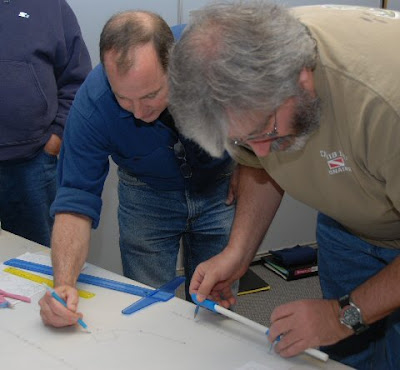 On Sunday, the second year students were responsible for running the survey of the S.S.Vermilion, a simulated shipwreck conveniently located just outside the classroom on the shore of Lake Erie (figure 2). The ship was divided into survey sections and the first year students were assigned tasks. On the first “dive” the surveyors could talk to each other and ask questions of the second year students. On subsequent dives they were to remain silent (there is no talking under water after all) and were to communicate using signals, tugs and by writing notes to their dive buddy. After the assigned measurements were taken, the divers went inside to plot their data (figure 3). Upon finishing that task, they “re-entered the water” and took additional measurements until their section was completed. After all the sections were finished they were collected and put together so the students could see how the whole site plan looked after just a few hours of work (figure 4). 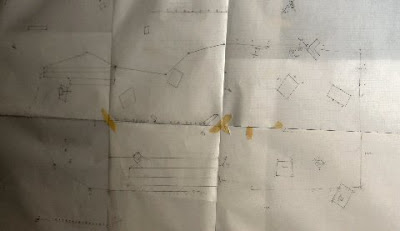 The next step for these divers will be to do a practicesurvey in White Star Quarry in Fremont, OH on May 16th and 17th. This will be the first time they will use their newly acquired skills underwater. Upon completing this portion of the workshop, the students will be official MAST members and can then participate in this year’s survey of the barge crane Hickory Stick later this summer.

For additional information on the Peachman Lake Erie Shipwreck Research Center (PLESRC) go to http://www.inlandseas.org/
For more on MAST go to https://www.ohiomast.org/