This series of lectures will provide specific information on the geological points of origin of 18 unique raw materials and objects as well as provide examples of the raw material from which the Hopewell artisans created the beautiful artifacts, decorations, tools, vessels, decorations and weapons. The lectures will highlight the geological abilities of the Native Americans during that era and how they were able to locate, identify, mine, experiment, procure and test the characteristics of a wide range of earth materials and objects.

This is the second in a series of three separate lectures, each one highlighting different geologic origins and provenance of the exotic Hopewell artifacts associated with Ohio’s Middle Woodland era earthworks (including Fort Ancient). The Ohio Hopewell culture is characterized by the acquisition of exotic raw materials, and to a lesser extent, exotic objects such as, copper, mica, shark teeth, obsidian, whelk and conch shells, pearls, somewhat to a lesser extent silver, galena, iron from meteorites, ivory from mastodon tusks and a wide variety of fine flints and stones are among the exotica from various parts of North America. The presence of those exotic artifacts has pointed archaeologists to consider the possibility of a Hopewell Interaction Sphere. Essentially, a long distance exchange network whereby the exotic raw material and/or finished products arrived in Ohio through a mix of contacts including personal travel, formal and informal gifts, direct and indirect barter, and other personal and group activities.

Lecture and site admission free to the public.

BIO-Todd Stephenson was born in Kings Mills, Ohio. He earned a B.S. and M.S. Degree in Geology from the University of Cincinnati. Todd is a retired petroleum geologist executive having worked 36 years in the oil and gas business with assignments in U.S., Canada, Europe, Africa and South America. He was a Boy Scout leader for many years and has been very involved in STEM educational activities in Texas and Oklahoma. He is a member of the Dry Dredgers, a local fossil collecting club affiliated with the University of Cincinnati as well as a member of the Dayton Society of Natural History. 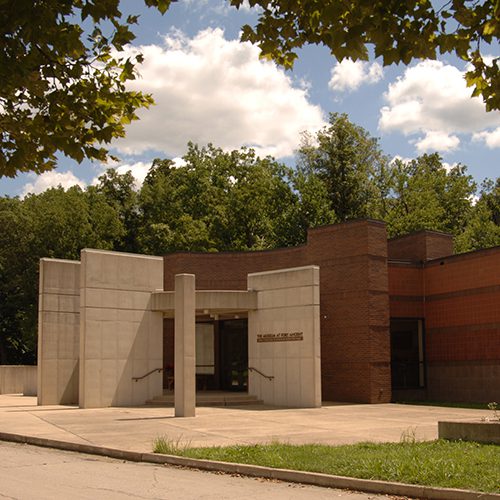