I am being honored as the Science Guest of Honor at MARCON this year. MARCON is the Midwests largest and longest-running annual Science Fiction and Fantasy fan run convention! It is being held at the Hyatt Regency Hotel in Columbus, between April 6th and the 8th.

I am participating in three panels over the course of the convention.

On Friday at 2:30 PM I’ll be discussing the Future of Archaeology with Dr. Jarrod Burks, the Director of Geophysical Surveys at Ohio Valley Archaeology Inc. of Columbus. I expect that we’ll be pondering both the technological innovations that are changing the way archaeologists investigate archaeological sites as well as the changing social factors that will affect archaeologists access to certain kinds of archaeological sites, such as American Indian mortuary sites. 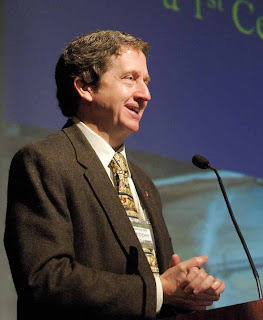 On Saturday afternoon at 1:00 PM, Jarrod and I will be sharing our thoughts on how you can be an archaeologist, too! Archaeology can be an exciting hobby and amateur archaeologists have made many important discoveries over the years. But the archaeological record is fragile and undisciplined collecting by amateurs is causing irreparable harm. Join us in a conversation about how you can make a real contribution to the science of archaeology!

Of course, at all of these panels, I’ll be open to answering your questions and the direction of the discussion can be determined, to some extent, by the audience, so come and be a part of the dialogue.

For more information about MARCON, including how to register and what else is going on, check out the MARCON webpage:
http://marcon.org/wordpress/

For more information about Dr. Burks, check out his webpage at
http://www.ovacltd.com/Staff03.shtml

I will hope to see you there!