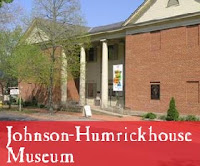 On November 17, 2012 an artifact identification workshop will be among the other programs offered this fall at the

The area had been sparsely settled by pioneers in the early decades of the 18th century although soon enough the region of the Forks of the Muskingum, where the Walhonding and Tuscarawas Rivers join to form the Muskingum, would become the central focus of both missionaries and traders with both groups very much intent on conducting their own form of business with the native inhabitants. By the way, Walhonding is said to be derived from a Delaware Indian word meaning white woman referring to a captive named Mary Harris who resided in a village upstream from Coshocton at the confluence of Killbuck Creek and the

Do you have some oddly shaped rocks or fossils in a box in your closet or a collection of flint points that your grandfather collected that you have always been curious about? Have you ever wondered just how someone could take a piece of raw stone and turn it into a well crafted spear point? Well, heres your chance to find out about these things and view the marvelous collections of the