As part of the 2012 Archaeology of Conflict lecture series, co-sponsored by SunWatch Village and the Archaeological Institute of America, there will bea presentation on the Double Horse Burial discovered in 2001 at Fort Meigs. 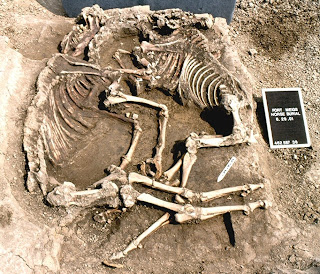 Fort Meigs is located just outside Perrysburg, Ohio and was pivotal in the war in the northwest during the War of 1812. In the spring and summer of 1813 Fort Meigs was twice invested by combined British and Native American forces and twice successfully defended. However, success was not without cost for the American side with both the regular army and the Kentucky Militia in particular sustaining heavy losses. Often overlooked in the history of such conflicts are the parts played by horses and how their losses may have been as heartfelt to their rider as the loss of a human comrade – if not more. Further research into the events at Ft Meigs in 1813 has tentatively identified one of the horses (and its rider) as part of an action at Fort Meigs on May 5, 1813 that prevented further losses to the American side. You should attend to find out exactly what might have happened. Its an excellent program. 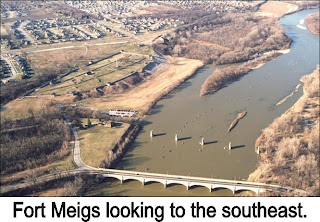 The Archaeology of Conflict series is free and open to the public. The SunWatch Village and Museum is located at 2301 W. River Road in Dayton, Ohio off I-75, exit #51, south of downtown Dayton (the exit for Welcome Stadium and Edwin Moses Boulevard). See the attached link.